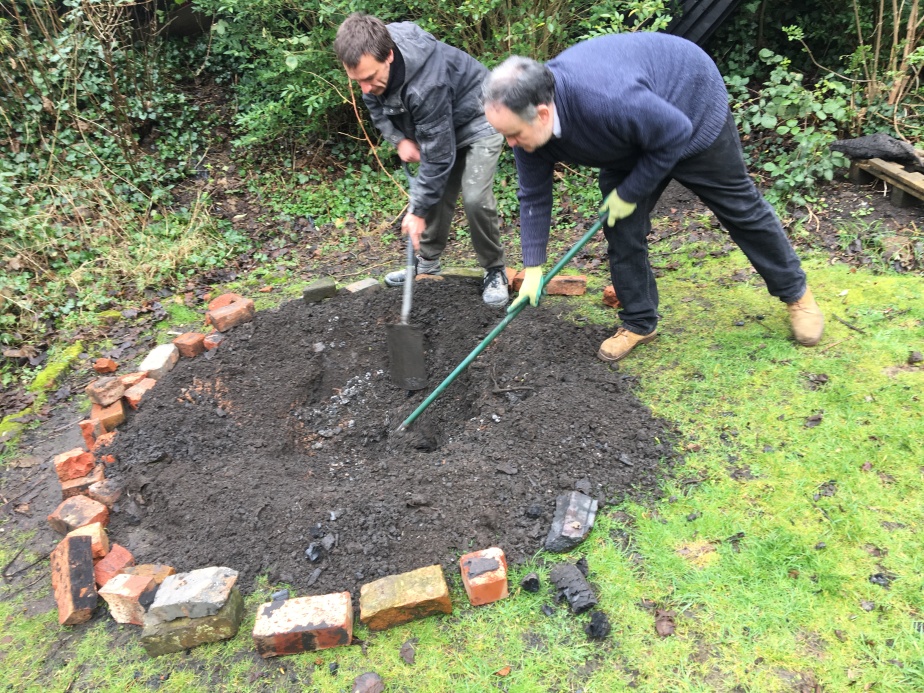 On Friday the 8th of March we had our postponed pit firing. Friday was the least wet week-end day we have had for a fortnight and so we went ahead in far from ideal conditions. This was partly because Eleanor, a student from Chester is examining the process for her dissertation, and the timing had to also fit within her academic deadlines. Anyway, spoiler alert: 99% success rate! 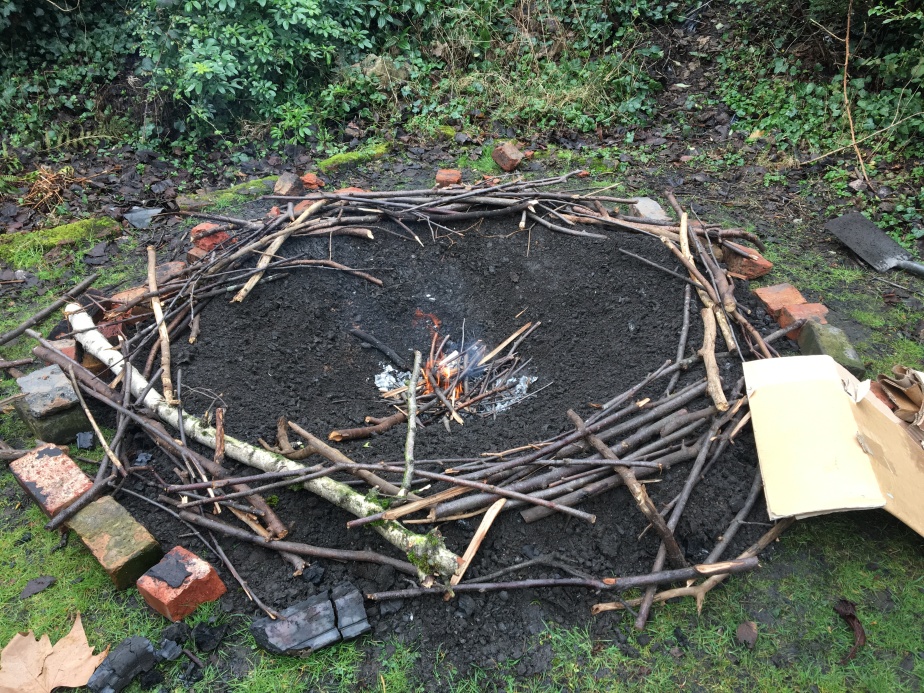 After digging the pit the above photo shows the initial heating stage, to get the fire going and nurture a steady heat source. 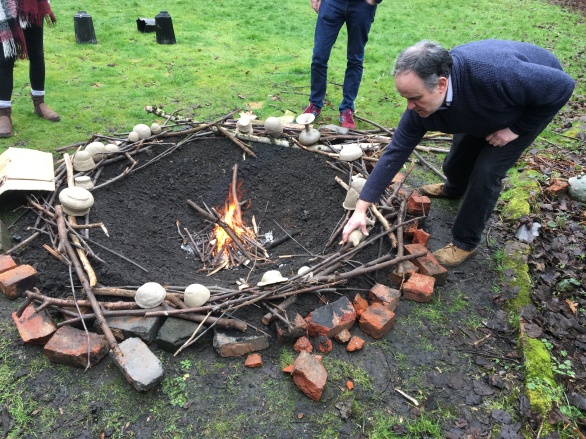 This initial heating dries out and warms up the soil in the pit. After heating for an hour and a half the pots could then be slowly introduced around the fire. 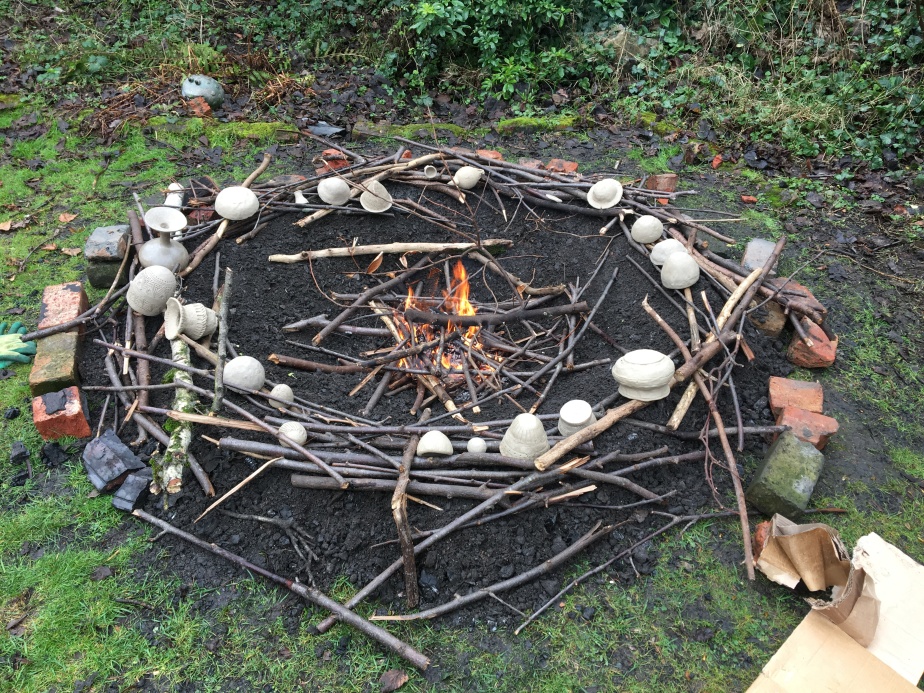 Our task then was to both feed the fire, and gradually turn the pots and move them closer to the heat source. The aim of this stage was to evaporate moisture from the pots very gently.

The fire generated hot embers and once established it was possible to rake the embers towards the pots, as well as move the pots towards the embers. These were the variables being controlled in order to facilitate a smooth heating and evaporation of moisture from the pots. 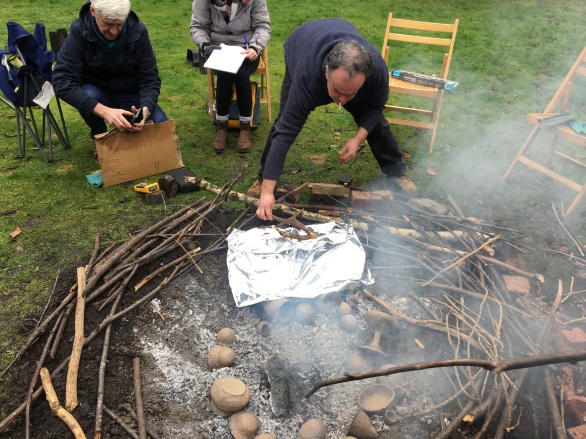 We had started the process at ten in the morning and at around one in the afternoon the rain started. Nacho (or rather the Met Office) had anticipated this, and so Nacho had bought two packs of aluminium foil. The cold-hearted drops of rain falling on the now heated pots presented the possibility of thermal shock, or breakage through rapid cooling. Nacho covered the pots with the foil to both protect them from the raindrops and reflect the heat from the embers back onto the pots. Although not strictly a Neolithic or Bronze Age solution, it helped us work in far from ideal conditions. 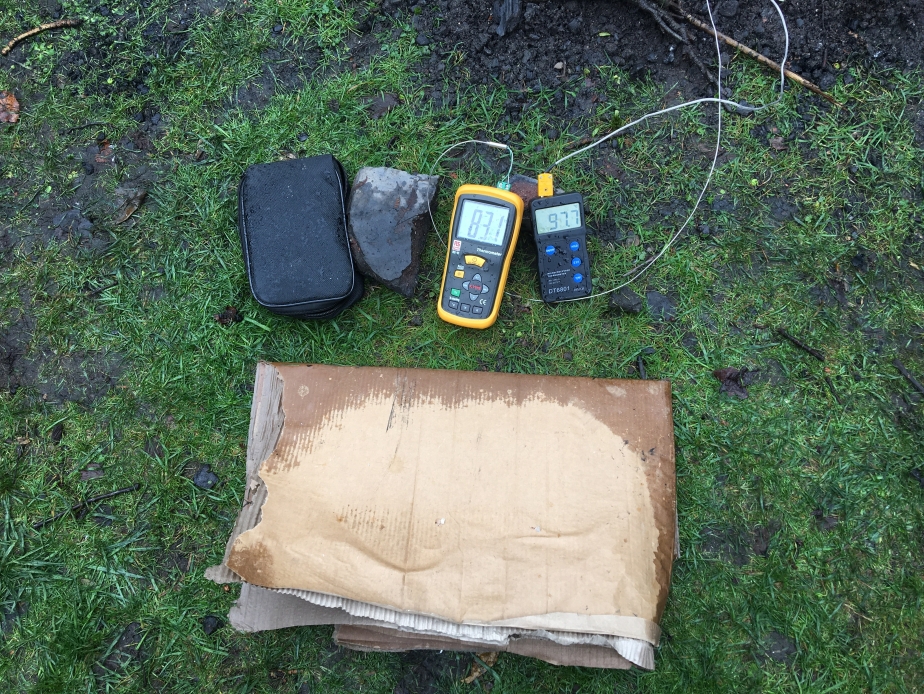 The photograph above is of ‘the office’. We had two thermometers (one on the left courtesy of Sean Ashton) with which to monitor the internal and external temperatures. Alan (Eleanor’s dad) was charged with recording both every 20 minutes, and every time the pots were moved. Eleanor wants to compare and contrast temperature data with the subjective decision making of Paul and Nacho throughout the process.

Once the pots were judged to be dry enough and hot enough they were introduced to the hot embers and a fire built on top of them. The fire needed to get hot enough to transform them from clay into ceramic. It was very much up to Nacho and Paul to decide at which point to start the fire and how hot and how long it should carry on for.

The final stage for Friday occurred after 3.30pm, when Paul returned from picking up the children from school. This final stage involved covering the fire with greenery and soil to starve it of oxygen. This effectively ‘slow cooks’ the pots. 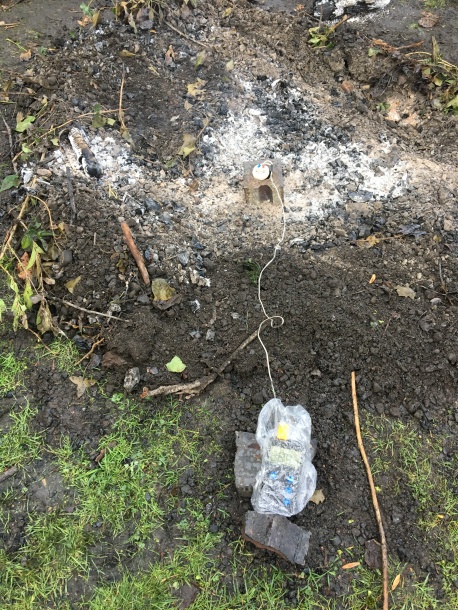 Fast forward to 10am Saturday morning, and the fire was still smoking and still pretty hot. In an ideal world Nacho would have left the pots in the ground for a couple of days, to cool slowly and naturally. Because of our deadlines we took a risk and raked off the upper surface to speed up the cooling process, had a cup of tea, and then went back to excavate and recover pots from one section only.

As you can see, in spite of the challenges the firing worked pretty well. I had to leave at 11.30am but Paul texted me later to say they had a 99% success rate. Nacho and Paul now have really good control over both the clay and its necessary processes and inclusions, as well as the pit firing variables. They fired all the pots they were given by our participants from from the Early Neolithic, Late Neolithic and Bronze Age sessions, and I think Eleanor has got some excellent material for her dissertation. Result! 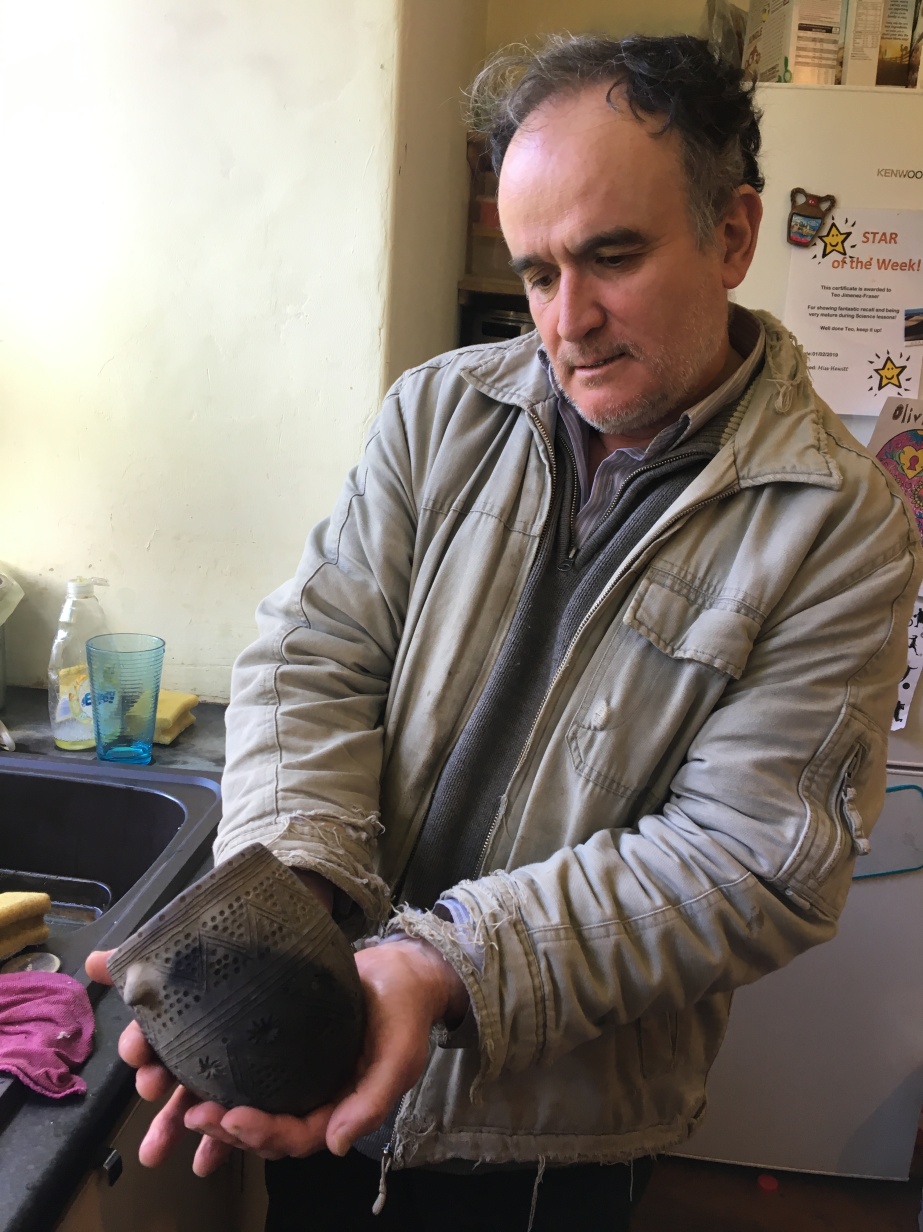